Next
Push button for menu
Welcome to the memorial page for

Welcome to the memorial page for

Gale Herbert Gillingham was born February 3, 1944 in Madison, WI to the late Verlin R. and Shirley M. (Lancaster) Gillingham. His family lived on a farm in Stoughton, WI until 1958, when they moved to Tomah, WI. In the fall of 1960, Gale's family moved to Little Falls, MN where he attended and graduated from Little Falls High School in 1962. He then attended the University of Minnesota in Minneapolis, MN where he was a classmate of the future Kansas City Chiefs defensive end, Aaron Brown, whom he faced in Super Bowl I. He was united in marriage to Jeanne Francis Hoglund in August of 1964. They later divorced. In 1966, Gale was drafted in the first round (13th overall) and played ten seasons with the Green Bay Packers. Gillingham (6-foot-3, 290 pounds during his playing days) moved to right guard in 1969 and earned first-team all pro honors in 1969 and 1970. He earned five Pro Bowl berths over a six season span: 1969, 1970, 1971, 1973 and 1974. He was inducted into the Packers Hall of Fame in 1982. He started two games during his rookie season in 1966 for Fuzzy Thurston. During the 1967 season, he became the full-time starter at left guard, opposite perennial All-Pro Jerry Kramer. He started the Ice Bowl and Super Bowl II, Coach Lombardi's final games after nine seasons with the team. He played for three other coaches in Green Bay besides Lombardi including Phil Bengtson, Dan Devine and Bart Starr. In 1972, under Devine, he moved to defensive line but injured his knee and played just two games that season. He retired after the 1974 season but returned to play one more year in 1976 under Bart Starr. He was a Super Bowl I and II World Champion, five time NFL All Pro and NFL Lineman of the Year in 1971. Gale was a member of the National Football League Players Association. Following his football years, Gale returned to Little Falls where he owned and operated Goedker Realty until his retirement in 2010. He enjoyed goose and deer hunting, fishing, cutting firewood, four-wheeling, lifting weights, but especially loved spending time with his children, grandchildren, family and friends. He was a devoted father who lived life to its fullest. He traveled the world and thought outside the box.

A service summary is not available 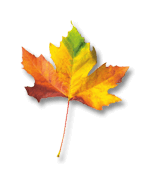 Owned By:
The Michaelson Family