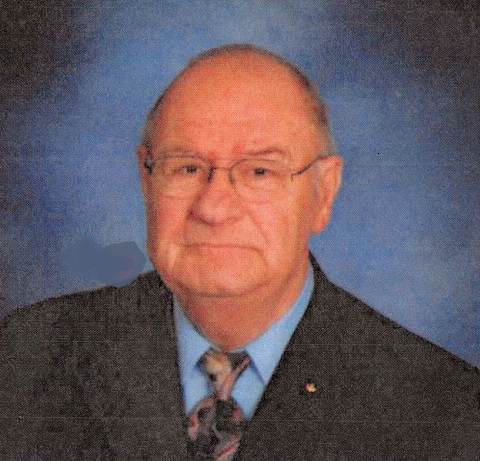 Alfred Kusterman 82 year old resident of Country Manor in Sartell, MN, formerly of Royalton, MN passed away Tuesday, December 5, 2017 at Country Manor. Mass of Christian Burial will at 11 AM on Saturday, December 9 at Holy Cross Catholic Church in North Prairie, MN. A visitation will be held Friday evening from 4-7 PM at the Emblom Brenny Funeral Service in Little Falls and also one hour prior to the service at the church. Burial will be in the St. Stanislaus Parish Cemetery in Bowlus, MN.

Alfred was born on March 5, 1935 in Little Falls, MN to Frank and Mary (Cohen) Kusterman. He attended school until the 8th grade. Alfred was united in marriage to Bernice Boros on October 24, 1961 at Sacred Heart Catholic Church in Flensburg, MN. The couple lived in Little Falls for a short time and in 1968 they moved to a century farm in Royalton, MN, near Blanchard Dam. Alfred resided there until two years ago when he moved to Country Manor in Sartell, MN. He enjoyed farming, tending to the cows, babying the cats, watching the news, and playing cards; especially smear. Alfred always wanted to have a clean shave and loved a sip of blackberry brandy once in a while. He often gave dating advice to his grandson, and will be missed for his sense of humor and stubbornness. Alfred cherished the time he could spend with his family. The family would like to extend a special thank to the staff at Country Manor for all the kindness shown to Alfred.

To order memorial trees or send flowers to the family in memory of Alfred F. Kusterman, please visit our flower store.