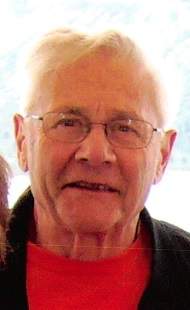 Alfred Gross was born on January 14, 1932 to the late Alfred and Carolyn (Veith) Gross in Lastrup, MN. He attended school in Little Falls. He was drafted intothe United States Army on February 25, 1953 in St. Paul. He served his Country during the Korean War. Al was honorably discharge on February 9, 1955. He returned to Little Falls and worked various jobs in sheet metal and road construction. Al was united in marriage to Bernadine M. Fafara on September 3, 1960 at Sacred Heart Catholic Church in Flensburg. The couple made their home in Little Falls. He worked for the UnitedStates Postal Service for 33 years. Al also drove charter buses for Andys and Palmer Bus companies and school buses for 50 plus years in Little Falls. He enjoyed his grandchildren and attending their many activities and taking rides in the fall with Bernadine and enjoying the many colors. He was a member of St. Marys Catholic Church in Little Falls, 3rd degree with the Knights of Columbus, Little Falls American Legion Post #46 and the Little Falls VFW Post #1112.

He was preceded in death by his parents, Alfred and Carolyn Gross and step father, Roland Martin; father and mother in law, Mathew and Rose (Stoltman) Fafara.

The arrangements are with Emblom Brenny Funeral Service in Little Falls.

To order memorial trees or send flowers to the family in memory of Alfred "Al" Gross, please visit our flower store.