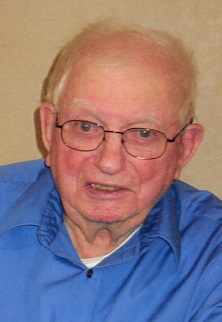 Alois Anthony Gallus, 97 of Little Falls formerly of Bowlus passed away on November 11, 2019 at St Ottos. Mass of Christian Burial will be held on Monday November 18, 2019 at St Stanislaus Catholic Church in Bowlus, Minnesota at 10:00 A.M with Father Greg Mastey officiating. Visitation will be one hour before service at the church. Burial will be in the Parish cemetery. The military rites will be provided by the Bowlus American Legion.

Alois is survived by his nieces, nephews; great nieces and great nephews and his St. Ottos Family

In lieu of flowers memorials are preferred to St. Stanislaus Kotska Church in Bowlus, MN.

The arrangements for Alois are with Emblom Brenny Funeral Service in Little Falls.

To order memorial trees or send flowers to the family in memory of Alois Anthony Gallus, please visit our flower store.