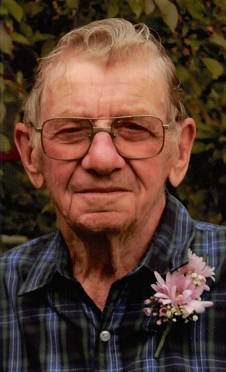 Alois Al LoydyFussy, 90-year-old resident of Bowlus passed away Thursday, December 5, 2019 at home. A Mass of Christian Burial will be held on Monday, December 9 at 3:00 P.M. at St. Stanislaus Catholic Church in Bowlus, MN. A visitation will be held from 4:00-8:00 P.M. on Sunday and from 2:00-3:00 P.M. on Monday. All visitation times will be held at St. Stanislaus Church in Bowlus, MN. TheAmerican Legion Rosary will be said at 4:30 PM followed by Parish Prayers at 7:30 PM on Sunday at the church. The burial will be held in the parish cemetery. The military rites will be conducted by the Bowlus American Legion and the Holdingford VFW Post.


Alois was born May 15, 1929 to Frank and Agnes (Opatz) Fussy in Bowlus, Minnesota. He grew up in the Bowlus area and attended school thru the 8th grade in Bowlus District #10. Following school he worked at the Bowlus Elevator. He was drafted into the U.S. Army on October 11, 1951 in Minneapolis, Minnesota . Alois received an honorable discharge on September 17, 1953 at Fort Sheridan, Illinois . He married Thereisa Brinkman on October 21, 1953 at St. Marys Church in Holdingford, Minnesota. Following their marriage the couple farmed in Bowlus. Thereisa died on August 13, 1977. Alois then met and married Eileen (Feia) Pilarski on July 7, 1979 at St. Hedwigs Catholic Church in Holdingford, Minnesota. After their marriage they continued to live in Bowlus on the farm. Al and Eileen sold their farm in 1988. They built a home 3 miles from Bowlus in Two Rivers Twps, Minnesota. Al enjoyed deer hunting, fishing, gardening, rug weaving, woodworking especially building bird and duck houses, picking mushrooms, picking night crawlers and setting puzzles. He was a member of the St. Stanislaus Catholic Church in Bowlus, the Bowlus American Legion and the Holdingford VFW.


In lieu of flowers memorials are preferred to CHI Hospice in Little Falls, MN.


The arrangements for Alois are with Emblom Brenny Funeral Service in Little Falls.

To order memorial trees or send flowers to the family in memory of Alois "Al" Fussy, please visit our flower store.