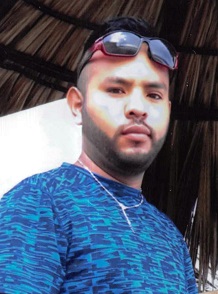 Alvaro Ambriz Rodriguez, 26 year old resident of Pierz died Friday, October 27 as the result of an automobile accident. A private family funeral will be held in Villachuato Michoacan, Mexico. The funeral arrangements for Alvaro are with Emblom Brenny Funeral Service in Pierz.

Alvaro Ambriz Rodriquez was born January 1, 1991 in Puruandiro Michoacan, Mexico to Domingo and Maria Fransisca Rodriguez Fernandez. He grew and attended school in Mexico. Alvaro met Marilu Vasquez on Valentines Day February 14, 2010. It was love at first sight, the couple was married one month later on March 8, 2010. Alvaro worked for Barrett Ag in Brainerd, MN. He enjoyed life to the fullest, every chance he had he would spend with family and friends. He also loved to travel and drive.

Left to cherish his life are his wife, Marilu Ambriz of Pierz; children, Justin, Kimberly and Jimena and a brother, Jorge (Alisha) Ambriz and many other friends and relatives.

To order memorial trees or send flowers to the family in memory of Alvaro Ambriz Rodriguez, please visit our flower store.