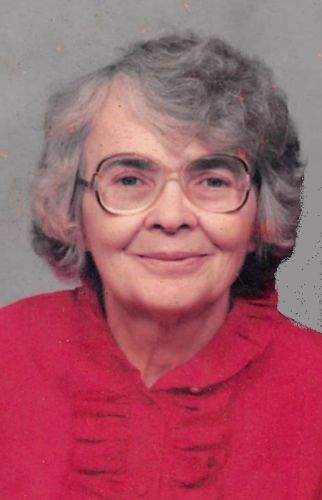 Alvina (nee Puetz) Theis was born in Brainerd MN in 1928 to Anna and Michael Petz. Shehad 5 loving sisters (one died in infancy) and one brother. She was raised on a dairy farm. She attended school in Brainerd and then moved to St Paul, where she worked various jobs including at a bakery and S H Green Stamps. She lived at the Roman Catholic Womans Guild for several years. She met Frank Theis at the Prom Ballroom in St. Paul, and later married him and lived on their farm near Marine on St Croix. Some years later, they moved toBowlus to a dairy farm which she loved. She loved the country life, clean living, and animals. She helped her husband Frank with chores in the dairy barn because she wanted to. Alvina was a very sweet, kind, loving person who never had a bad word to say about anyone. She had many friends in life and enjoyed meeting new people. She loved life, she loved to read, especially about health issues and homemaking. She loved music such as big bands, Perry Como, Glenn Miller, Bing Crosby and listening to her brother Raymond sing and play guitar as well. She loved the Catholic Church and was a member of Christian Mothers. She loved herfamily, was a very friendly, patient, kind loving soul. She always put everyone else first.

She was a real saint.

She is preceded in death by her husband Frank, her parents and infant sister Shirley.

To order memorial trees or send flowers to the family in memory of Alvina Anna Theis, please visit our flower store.