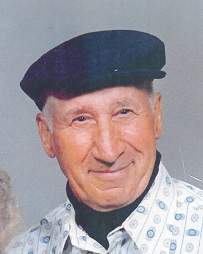 Ambrose Janski was born on March 11, 1923 in Pierz, Minnesota to the late Joseph and Anna Marie (Bednar) Janski. He grew up in Buckman Township where he attended Country school. He was inducted into the United States Army on November 8, 1948 at the Morrison County Courthouse. He served active duty from October 13, 1950 and served until his honorable discharge on November 9, 1951. During his time in the military he served as an Army Medic. He returned to Buckman and was united in marriage to Louise Helen Kurowski on June 1, 1953 at St. Michaels Catholic Church in Buckman, MN. The couple made their home three miles east of Buckman, where they farmed for manyyears. Louise died on March 14, 2011. Ambrose continued living in Buckman where he was a member of St. Michaels Catholic Church. He enjoyed going to the Catholic Aide Convention, traveling especially their trips to Texas and the state of Washington. Ambrose liked visiting with friends at the Pierz Senior Center.

The arrangements for Ambrose are with Emblom Brenny Funeral Service in Pierz, MN.

To order memorial trees or send flowers to the family in memory of Ambrose Janski, please visit our flower store.