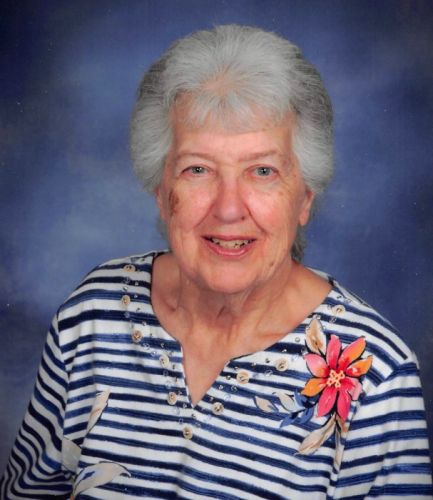 Angeline Cifaldi Wilczek was born on March 2, 1932 in Cumberland, WI to the late Marino Sam and Tomasina Louise Cifaldi. She grew up and attended school in Cumberland, WI and graduated with the class of 1950. During her high school days, she worked for Stokley Cannery in Cumberland, WI. After high school she moved to Little Falls with her sisters. Angee met her future husband, Ted while working at the National Tea Store in Little Falls. She was united in marriage to Theodore Ted Wilczek on November 20, 1950at Our Lady of Lourdes Catholic Church in Little Falls. After Teds return from Korea, she followed him in his military career which took them to Fort Leonard Wood, Missouri, Camp McCoy, Wisconsin and the Military Training center in Alexandria, VA. The couple returned toLittle Falls in 1954 where they made their home and raised their seven children. The kids remember the swimming lessons and afternoons spent at the city beach. Angee treasured her many, lengthy, daily telephone conversations with her sister Rosie. She was a member of St. Marys Catholic Church and the Christian Mothers and volunteered as a CCD teacher and helped serve funeral dinners. As a member of her Card Club she enjoyed playing 500. She was an avid KLTF and WCCO listener and she loved watching Jeopardy and Wheel of Fortune.She especially loved her Thursday morning bowling league and was an active bowler until the age of 85. After Ted died, Angee continued living in Little Falls with her children. Angee enjoyed her trips to Branson, MO and the trip she took to Las Vegas in 1985 with her daughters.

She was preceded in death by her parents; husband, Theodore Ted Wilczek in 1985; grandsons, Ben Rush in 2007 and Lewis Wilczek in 2007; sisters, Mary Gargaro and Rosie DeLaHunt; brothers, Tony Cifaldi and Sam Cifaldi.

The arrangements for Angeline are with Emblom Brenny Funeral Service. 320-632-4393.

To order memorial trees or send flowers to the family in memory of Angeline "Angee" Wilczek, please visit our flower store.