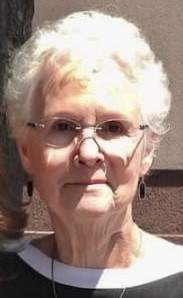 Anita D. Otremba, 78-year-old resident of Bowlus died on Friday, February 25 surrounded by her loving family at home. A celebration of life service will be held on Saturday, April 2 at 1:00 P.M at Emblom Brenny Funeral Service in Little Falls. A gathering of family and friends will be held from 12:00 P.M. until the hour of the service. A light lunch will be served at Emblom Brenny following the burial.


Anita was born on September 11, 1943 to Edward and Glendora (Maha) Green in Springfield, MN. She graduated from Long Prairie High School in 1961, and on March 26, 1965 Anita married Joseph Otremba.

Emblom Brenny Funeral Service is Cherishing the Memory and Celebrating the Life of Anita. 320-632-4393

To order memorial trees or send flowers to the family in memory of Anita D. Otremba, please visit our flower store.