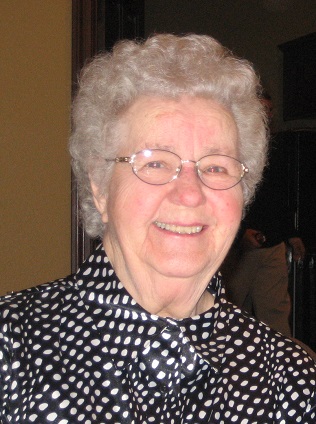 Ann Annie Esther Matlock was born on a farm June 13, 1924 near Harding, MN to the late Joseph and Mary (Florek) Matlock. Ann attended District #87 country school near Harding. She was the second youngest of fourteen children and five step-brothers and sisters. Her fathers first wife died giving birth to step-sister, Anna who only lived ten days. Ann and her youngest sister, Frances left the farm for a short time to nanny Jewish children in Chicago, IL. With respect to them, Ann remembered how families taught us to cook, clean, save money and to have fun at the USO dances. Ann married Sylvester Deering on October 12, 1948. Ann worked at the following places throughout her life: Gibsons, Clifwood Motel, St. Ottos Care Center and St. Gabriels Hospital. They built a home on the west side of Little Falls which became their lifetime residence. Sylvesters occupation was road construction which took them many summers in a mobile home to several towns in Northern, MN. Ann loved beautiful dishes and has brought life and beauty to old pieces of furniture. She mothers her children relentlessly, feels her grandchildren are gifts and her great-grandchildren are angels. Ann enjoyed crocheting, sewing and spending time with her family. She was a faithful member of Our Lady of Lourdes Catholic Church along with the Christian Mothers and the Quilters group.

To order memorial trees or send flowers to the family in memory of Ann E. Deering, please visit our flower store.