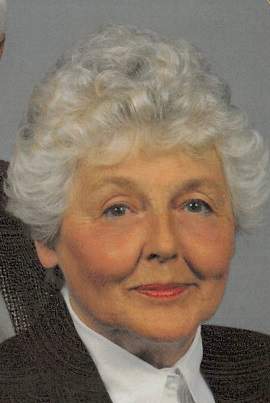 Ardus Ardy Newman, 91 year old resident of Pierz, MN died Wednesday, January 22 at the St. Cloud Hospital. A funeral service will be held on Monday, January 27 at 11:00 A.M. at Zion Lutheran Church in Little Falls with Rev. Gary Hendrickson officiating. A visitation will be held on Sunday, January 26 from 2:00-5:00 P.M. at Emblom Brenny Funeral Service in Pierz and from 10:00 A.M. until the hour of the service at the church on Monday. The burial will be held in St. Josephs Cemetery in Pierz.

Ardus Ardy Siemers was born on June 13, 1928 in Little Falls to the late William Bill and Henrietta (Rebischke) Siemers. She grew up in Little Falls and graduated from Little Falls High School in 1946. Ardy attended St. Cloud State University, where she received her Teaching Degree in 1957. She was united in marriage to Peter Pete Newman on June 16, 1950 at Bethel Lutheran Church in Little Falls. The couple made their home in Little Falls for four years. They moved to Pierz, where Ardy still resided at the time of her death. Ardus taught for 31 years for District #484 in Harding. She also taught for two years in Aitkin, MN and for one year in Buckman. She received Elementary Teacher of the Year in Morrison County Award in 1976. Ardy touched many lives through out the years as a teacher. Ardy and Pete attended Zion Lutheran Church in Little Falls where she enjoyed teaching Sunday School. She also enjoyed going out to eat with friends and trips to the casino always brightened her day.

The arrangements for Ardyare with Emblom Brenny Funeral Service in Pierz. 320-632-4393.

To order memorial trees or send flowers to the family in memory of Ardus "Ardy" Newman, please visit our flower store.