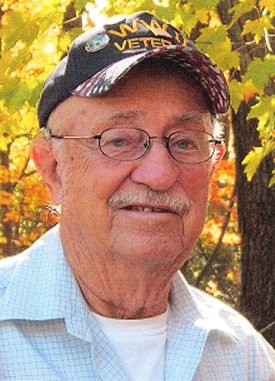 Arnold Arnie L. Beek, 95 year old resident of Staples formerly of Pillager died Monday, January 28 at the Lakewood Health System Care Center. A celebration of life service will be held on Friday, March 8 at 11:00 A.M. at the Emblom Brenny Funeral Service Chapel in Little Falls. A visitation will be held from 10:00 11:00 A. M. on Friday at Emblom Brenny Funeral Service. Burial will at Minnesota State Veterans Cemetery, Little Falls.

Arnold was born in Dale Township, Lyon County, Iowa, to the late John and Minnie (Eilders) Beek. Arnie attended Midland #6 Country School in George, IA. He was united in marriage to Jean Elizabeth Klinkhammer on February 24, 1945 in Sibley, IA. Arnie served in Germany with the US Army during WWII. After separating from the Army in 1947, the couple purchased a farm southwest of Westbrook, MN where they raised their family. Arnie farmed and provided custom bailing and combining to area farmers. In 1962, he opened the Kent Feed Store in Westbrook, MN where he provided feed supplements and custom feed grinding to local farmers until 1984. Following the sale of their farm, in 1986, Arnie worked the traveling combining circuit in Texas, Nebraska, South Dakota, and North Dakota for two summers. He then became a Semi Truck Driver, retiring in 2009. In 2015, Arnie and his wife, Jean moved to Riverside Assisted living in Pillager, MN. Arnie later moved to the Lakewood Senior Care Center in Staples. Arnie enjoyed hunting, gardening, and wine making, along with tinkering and fixing small motors. He was an active member of Westbrook VFW, Post 5098 and Westbrook American Legion and attended Immanuel Baptist Church in Westbrook, MN.

To order memorial trees or send flowers to the family in memory of Arnold Beek, please visit our flower store.