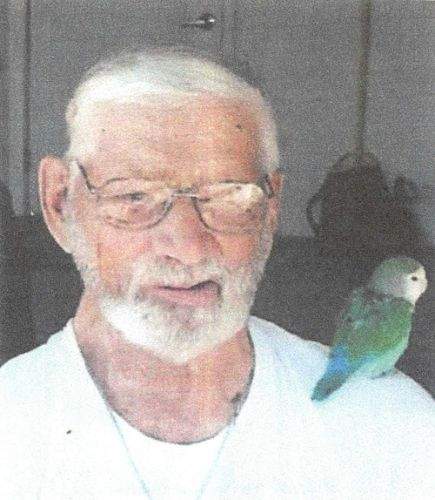 Arthur Art Wolch, 94 year old resident of Rice formerly of Little Falls went to be with the Lord on Sunday, October 8, 2017. A Memorial Mass of Christian Burial will be held on Friday, October 13 at 11:30 A.M. at St. Marys Catholic Church in Little Falls. A visitation will be on Friday from 10:00-11:30 A.M. at the church. The burial will be held at the Minnesota State Veterans Cemetery north of Little Falls. The military honors will be provided by the Randall VFW.

Arthur Eddie Wolch was born February 7, 1923 to the late Peter and Francis (Bias) Wolch. He served in the Merchant Marines for seven years. He was united in marriage to Armella M. Gerwing on September 7, 1949. The couple farmed near Lastrup for 13 years. After moving to St. Cloud, Art worked as a self employed carpenter. Art worked for several years in the St. Cloud area. He also worked for the St. Cloud VA Hospital for many years and retired from the maintenance department in 1989. The couple moved to their cabin on Big Lake, Cushing. He and Armella spent winters in Texas for 16 years. Art loved fishing, carpentry, restoring old Ford tractors, building Blue Bird houses and his Lovebird, Ernie. In the last years, he especially enjoyed Wednesday morning donuts with Ron. He was a life member of the Randall VFW.

To order memorial trees or send flowers to the family in memory of Arthur Art Wolch, please visit our flower store.