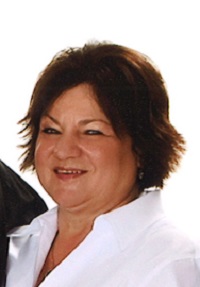 Barbara Ruth Kloss was born April 13, 1951 to Ambrose and Martha (Psick) Gosiak. She attended school in Little Falls and graduated in 1969. She was united in marriage to Duane Kloss on May 29, 1972 at St. Stanislaus Kostka Catholic Church in Bowlus, MN.The couple made their home in Rice, MN, where she operated a chicken barn for Golden Plump for over 30 years. Barbara treasured her time spent with family, especially spoiling her grandchildren. Her daughters remember attending Mass every Sunday morning. After church they would stop at Janski Grocery to pick up eggs, bacon and bread. She would make the family bacon and eggs or BLTs after church. Barbara was a fabulous cook and always made sure her family and friends were well fed. She enjoyed her time spent with her sisters at the lake. Barbara always made time for gardening, canning, fishing, deer hunting and watching NASCAR on Sundays. She was a member of Immaculate Conception Church and the Rice American Legion Auxiliary.

To order memorial trees or send flowers to the family in memory of Barbara R. Kloss, please visit our flower store.