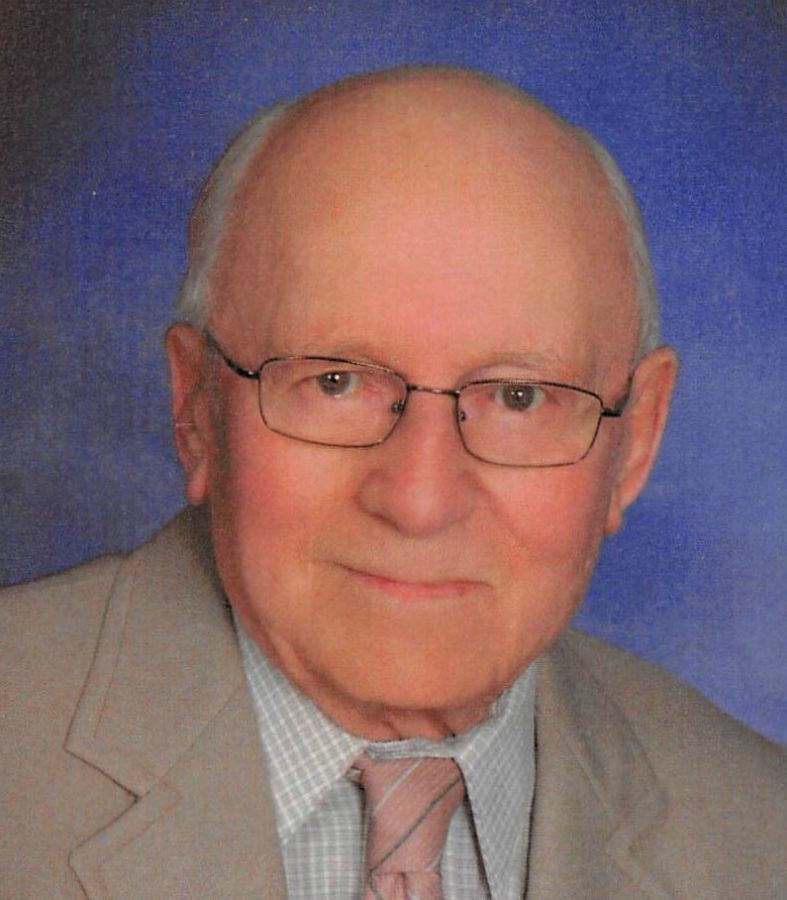 Benedict Dominic Posch was born on June 5, 1920 in Little Falls to Albert and Frances (Scheitza) Posch. He grew up in Little Falls where he attended school at Our Lady Of Lourdes. After completing his schooling thru 8th grade, he was needed to help his Dad on the farm. He entered the military and served in the United States Army in World War II for three and half years. He fought in many battles as a Combat Infantryman/Light Mortar Crewman. He served in the Northern France Campaign, Rhineland Campaign, Ardennes Campaign and the Central Europe Campaign. During these conflicts, Ben was awarded the Combat Infantry Badge, Good Conduct Medal, European African Middle Eastern Theater Ribbon with 4 bronze stars. He also earned two purple hearts, a bronze star, and a distinguished cross. After his honorable discharge in October of 1945, he was united in marriage to the love of his life, Marie Stegura on November 24, 1945 at the Basilica of St. Mary in Minneapolis. The couple made their home in Little Falls for all of their married life. Ben farmed for approximately 15 years and also worked for Crestliner Boats. He was also Clerk of School for District 1176 in the 1960s. He then started his career with the United States Post Office where he would work as a fireman's laborer for 20 plus years until his retirement. Ben was a life member of the Little Falls VFW and the DAV in Little Falls. The couple attended Holy Family Catholic Church and later joined St. Mary's Catholic Church in Little Falls. He loved DIY projects which included a go cart for his children and a pontoon for the family. Ben loved reading and was self-educated. He also enjoyed being a Sno Dogs member and snowmobile enthusiast. He enjoyed fishing, camping and traveling in their motorhome throughout the United States.

The arrangements are with Emblom Brenny Funeral Service in Little Falls, MN. 320-632-4393.

To order memorial trees or send flowers to the family in memory of Benedict Posch, please visit our flower store.