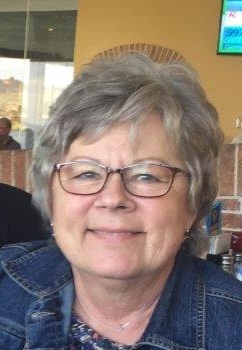 Bernadette Bernie Cekalla, 67 year old resident of Royalton died Saturday, May 19 with her loving family by her side. A Memorial Mass will be held on Friday, May 25 at 11:00 A.M. at Holy Trinity Catholic Church in Royalton with Father Roger Klassen officiating. A visitation will be held on Thursday, May 24 from 4:00-8:00 P.M. and from 10:00 A.M. until the hour of the service on Friday at the church in Royalton.

Bernadette (Kaiser) Cekalla was born on June 28, 1950 at St. Gabriels Hospital in Little Falls to the late Al and Lucille (Opatz) Kaiser. She lived in Royalton where she attended school and graduated from Royalton High School with the class of 1968. She was united in marriage to Dennis Denny Cekalla on January 24, 1970 at Holy Trinity Catholic Church in Royalton. The couple made their home in Royalton. Bernie worked for CHI St. Gabriels Health in Little Falls for 43 years. She was a member of Holy Trinity Catholic Church in Royalton and a local book club. She looked forward to shoe shopping at the start of every school year with her grandkids, Zackary, Noah, Rachel, Kendra and Nathan. Bernie enjoyed gardening, attending the grandchildrens ball games, concerts and activities. The couple enjoyed traveling together especially trips to Jamaica, Cozumel and bus trips to various locations. Time away with her girlfriends always resulted in great laughs and many memories made. Bernie and her family enjoyed 15 years together going to Lake Edward near Breezy Point.

In lieu of flowers memorials are preferred to CHI Hospice in Little Falls.

To order memorial trees or send flowers to the family in memory of Bernadette "Bernie" Cekalla, please visit our flower store.