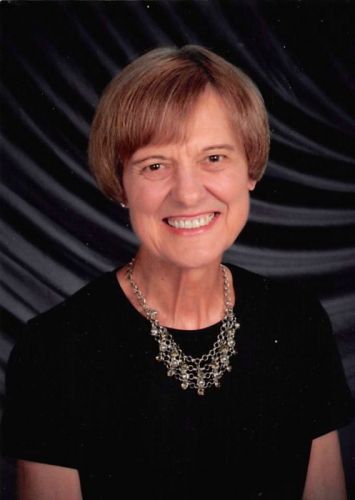 Bernadine (Fafara) Gross, 80-year-old resident of St. Cloud formerly of Little Falls died March 24 at the St. Benedict Community Center in St. Cloud, MN. A graveside service will be held at the Minnesota State Veterans Cemetery on Friday March 27th. A Memorial Mass will be held on Saturday. July 25 at 10:30 A.M. at Our Lady of Lourdes Church. A Rosary will be said 10:00AM on Saturday morning at the church.

Bernadine was born on July 29, 1939 in Culdrum Township, Morrison County, Minnesota to the late Mathew and Rose (Stoltman) Fafara. She attended high school at St. Francis in Little Falls. She was married to the love of her life Alfred Gross on September 3, 1960 at the Sacred Heart Catholic Church in Flensburg, MN. They lived in an apartment until 1962 when they bought their house on 6th Street where they lived until 2018. The couple then moved to Chateau Waters Apartments in Sartell, MN, Al transferred to hospice (died April 2019) and Memory Care (Bernie in March 2019) at St Benedicts Community Center until the time of death. Bernie worked as a dental assistant at The Falls Court Dental Office prior to marriage. She then managed the office billing department until her retirement. She often walked many, many miles per day. Bernie enjoyed baking and spending time at the grandkids sporting events. She was a member of the Christian Mothers, American Legion Auxiliary and St. Marys Parish.

She was preceded in death by her parents and her husband Alfred.

To order memorial trees or send flowers to the family in memory of Bernadine "Bernie" Gross, please visit our flower store.