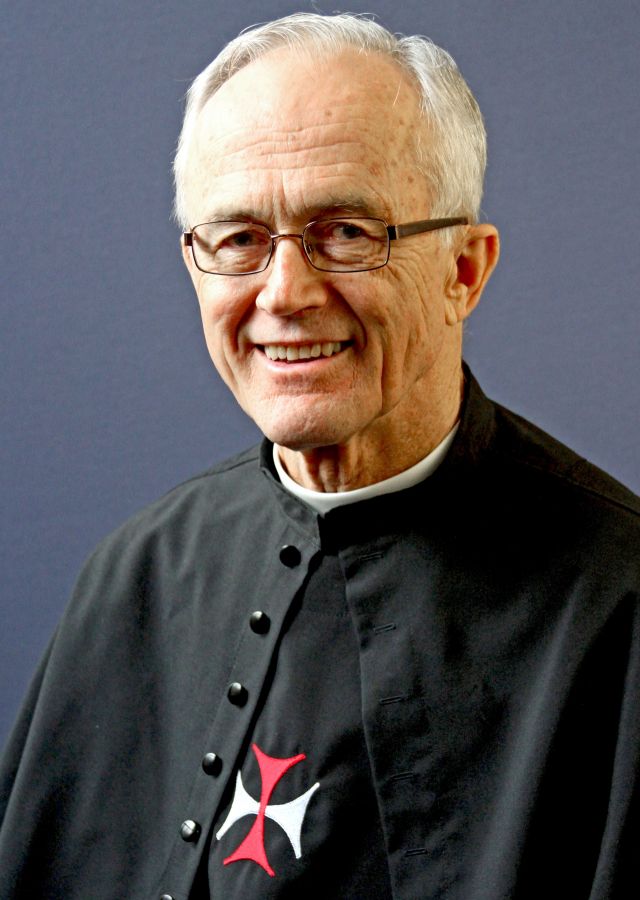 Mandernach, Br. Robert, OSC. Born to Peter and Catherine (Lieser) Mandernach in St. Martin, MN, on February 14, 1939. Graduated from Paynesville High School in 1957 and entered the Crosier Novitiate in Hastings, NE, in 1959.
Br. Bob made first profession of Religious vows on August 28, 1960, and Solemn vows in 1966. Br. Bob died peacefully on July 20th, 2021, in Mille Lacs Health System long term care where he had resided for two weeks due to final infirmity.
Br. Bob worked on the Crosier farm in Indiana, and performed maintenance work at Crosier houses in Indiana, Nebraska, and Minnesota, as well as at the Parish of St. Odilia in Shoreview, MN. He also worked with students in coaching and as a Prefect of Discipline in student life at Crosier schools in Indiana and Minnesota and assisted in the Crosier missions in Congo for three years beginning in 1993.
Br. Bob was one of thirteen children and was preceded in death by his parents and his siblings Joseph (Monica Buerman), Teresa Dingmann (Albert), Laverne, Albert, and an infant sister. He is survived by siblings Br. Michael, CSPX, Sr. Leonore, OSB, Sr. Margaret, OSB, Sr. Mary, OSB, Cyril, Lillian (James Smith, deceased), John (Dianne), as well as his Crosier confreres in Onamia and Phoenix and around the world.
The Mass of Christian Burial for Br. Bob will take place at 11:00 AM on Saturday, July 24, at the Crosier Priory in Onamia, MN, with vigil and visiting beforehand. A luncheon will follow. A private inurnment is planned for the Priory cemetery columbarium.
Memorials are preferred to the Crosier Fathers and Brothers, Box 500, Onamia, MN, 56359.

Emblom Brenny Funeral Service is Cherishing the Memory and Celebrating the Life of Br. Robert. 320-632-4393.

To order memorial trees or send flowers to the family in memory of Br. Robert J. Mandernach, please visit our flower store.