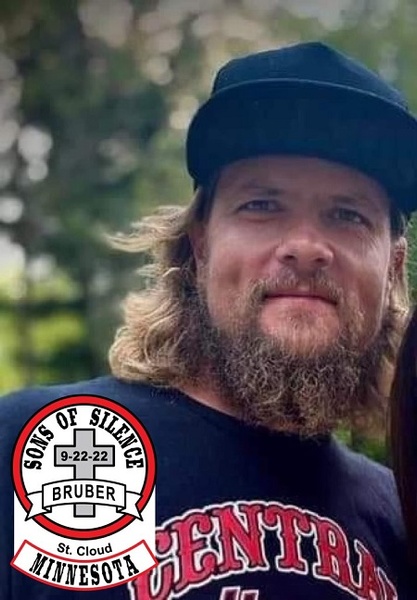 Brian Gregory Boser was born on December 12, 1984 at St. Gabriel’s Hospital in Little Falls to Gordon and RoseAnn (Sobania) Boser.  He grew up on the family farm and attended school in Royalton, MN.  Brian graduated from Royalton High School with the class of 2003.  He worked at Ferche Millwork in Rice, MN.  Brian was most recently working as a paver operator for McNamara Contracting, Inc. in Rosemount, MN.   He always enjoyed his time on the farm working or relaxing. He was united in marriage to Ashley Hall on April 10, 2021 in Ramey, MN.  The couple made their home in rural Pierz, MN.  Brian will be remembered for always helping and putting others first. He enjoyed riding motorcycles, cooking, fishing, living life to the fullest, working, elk hunting in Wyoming, spending time with family especially his kids and nieces and nephews and a recent trip to Miami with his wife, Ashley. Brian was a proud member of the Sons of Silence Motorcycle Club, St. Cloud Chapter.

Left to cherish his memory are his wife, Ashley of Pierz; children, Brian Boser, Jr, Hailey Boser, Alisa Boser all of Pierz; a granddaughter on the way, Adeline Boser; parents, Gordon and RoseAnn of Pierz; siblings, Robert Boser of St. Cloud, James (significant other, Amy Kowalczyk) Boser of Hillman, Thomas (Carrie) Boser of Pierz and Kayla Abraham (significant other, Tyler Tiemann) of Royalton; mother and father-in-law, Vikki and Mark Griffiths of Buffalo; brother-in-law, Dustin (Karo) Hall of Germany and many aunts, uncles, cousins and friends.

He was preceded in death by his grandparents, Arthur and Luella Boser, Peter and Pauline Sobania; uncles, Larry Sobania, Gregory Boser and a cousin, Brad Anderson.

Emblom Brenny Funeral Service is Cherishing the Memory and Celebrating the Life of Brian. 320-632-4393.

To order memorial trees or send flowers to the family in memory of Brian Boser, please visit our flower store.