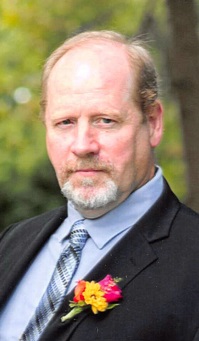 Brian Gene Koester was born July 19, 1963 in Little Falls, Minnesota to the late Alfred and Rosella (Bliese) Koester. He attended school in Swanville, Minnesota and graduated with the class of 1981. He continued his education at St. Cloud Vocational School where he studied drafting. Brian was united in marriage to Kathy Tschida on September 25, 1987 at St. Peters Lutheran Church in Swanville, Minnesota. The couple made their home in Little Falls where they raised their four children. Brian worked for Benton County Courthouse where he served as the County Assessor for over twenty years. He was a member of Zion Lutheran church where he served as an elder for three years and also helped with custodial services. He spent most of his days playing softball, gardening, baking and spending time with his family. Brian was a devoted father, he was always at his childrens events and special occasions.

He was preceded in death by his infant son Joshua; his parents; father-in-law LaVern Tschida; sister, Doreen Koester; grandparents, Alfred and Irene Koester and Arthur and Ester Bliese.

To order memorial trees or send flowers to the family in memory of Brian Koester, please visit our flower store.