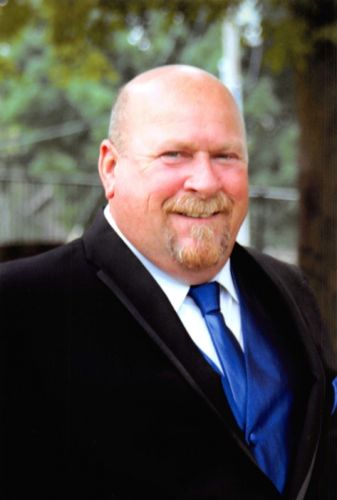 Brian M. Wacker, 61 year old resident of Pierz, MN passed away Wednesday, August 9, 2017 at the University of Minnesota Medical Center in Minneapolis, MN. Mass of Christian Burial will be at 11 AM on Monday, August 14 at St. Ritas Catholic Church in Hillman, MN with Fr. Jerry Schik officiating. A visitation will be held from 4-8 PM Sunday, August 13 at the Emblom Brenny Funeral Service in Pierz and also one hour prior to the service at the church. A Christian Mothers Rosary will be prayed at 4:30 PM and Parish Prayers at 7:30 PM, both Sunday evening at the funeral home. Burial will be in the parish cemetery.

Brian was born on August 12, 1955 in Little Falls, MN to Mathew and Marie Wacker. He was united in marriage to Carol Hayes on August 6, 1993 in Little Falls, MN. Brian worked at Westman Silo Company, TriCity Paving, Hoffman Gravel Excavating, and Morrison County Department of Public Works. He enjoyed camping, fishing, hunting, wood working, and drawing. He absolutely loved watching the Pierz High School Wrestling Team. Brian lit up the room with his smile and amazing sense of humor, he will be remembered for his time well spent with family and friends.

To order memorial trees or send flowers to the family in memory of Brian M. Wacker, please visit our flower store.