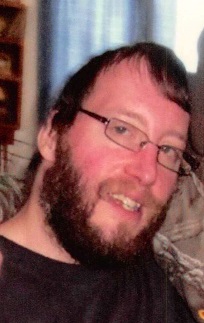 Brian Ringwelski was born on January 30, 1984 in Little Falls, MN to Joseph and Barbara (Urai) Ringwelski. He grew up and attended Lindbergh Elementary School. Brian graduated with the class of 2002 from Little Falls High School. He volunteered for over thirteen years at Musser Mansion and Linden Hillsin Little Falls. Brian enjoyed attending Fire Fest Music Festival for many years. He had a wonderful sense of humor and was kind to everyone he met. Brian enjoyed collecting antiques, playing on computers and listening to country music. The family attended St. Marys Catholic Church. He treasured his time spent with family and especially his nieces and nephews.

He was preceded in death by his father, Joseph Ringwelski in 2002; grandparents, Joseph and Cecelia Ringwelski and Reinhard Urai.

The arrangements for Brian are with Emblom Brenny Funeral Service in Little Falls, MN.

To order memorial trees or send flowers to the family in memory of Brian Ringwelski, please visit our flower store.