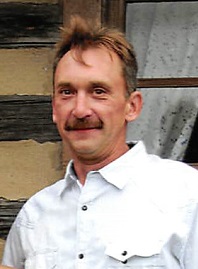 Bryan Eugene Puchalla, 49-year-old resident of Bowlus died April 28 at his home. A private service will be held by family at a later date.

Bryan was born September 16, 1970 to Richard and Rita (Langner) Puchalla. He attended school in Holdingford, graduating with the class of 1989. Bryan worked for AJ Spanjer as a bricklayer. He was a Union Bricklayer belonging to Allied Craft Local 1 of MN/SD/ND. He enjoyed fishing, hunting, picking mushrooms and watching football and baseball. He liked playing bocce ball and trapping turtle.

To order memorial trees or send flowers to the family in memory of Bryan E. Puchalla, please visit our flower store.