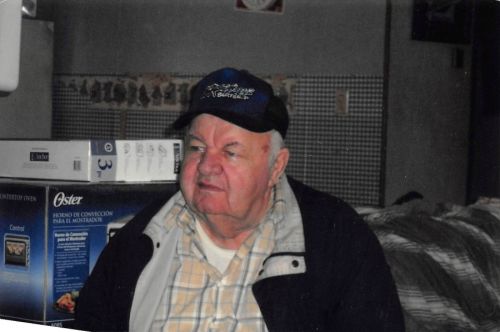 Carl Jensen, 89-year-old resident of Hillman, MN died Sunday, September 27 at his home. A Funeral Service will be held on Thursday, October 1 at Emblom Brenny Funeral Service in Little Falls, MN at 12:00 P.M. The burial will be at the Minnesota State Veterans Cemetery. A visitation will be held an hour prior to the Service at the Funeral Home. Please respect the COVID-19 current guidelines with the Department of Health.

Carl was born on September 7, 1931 to Carl Sr. and Grace (Frellsen) Jensen in Minneapolis, MN. He served in the US Air Force from December 2, 1948 ~ August 20, 1989. He served 38 years in the Air Force and National Reserves. Carl married Beverly Davis on February 13, 1954 at the Northwood Church in Iowa. They lived in Minneapolis, MN. Carl enjoyed the casino, scratch-off lottery tickets, gardening, tinkering with auto mechanics, Fox News and watching western movies, especially black and white ones. He loved spending time with his children, grandchildren and great-grandchildren. He was a member of the Hillman American Legion Post 602.

He was preceded in death by his wife Beverly; parents; brother, Lyle Jensen and stepdaughter Rita Iverson.

The arrangements for Carl are with Emblom Brenny Funeral Service in Pierz, MN.

To order memorial trees or send flowers to the family in memory of Carl Jensen, please visit our flower store.