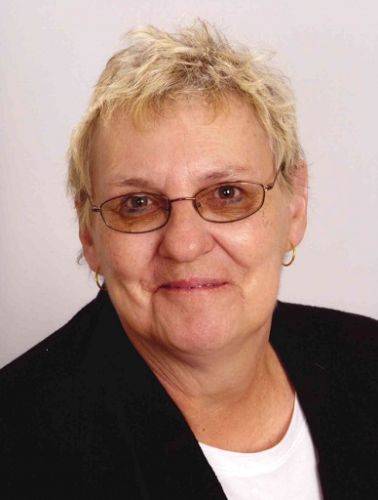 Carol Jean (Doucette) Rakow, 69 year old resident of Sartell, MN, formerly of Little Falls, MN passed away on Sunday, October 29, 2017 at her residence. Mass of Christian Burial will be at Noon on Friday, November 3, 2017 at St. Marys Catholic Church in Little Falls, MN. A visitation will be from 4-7 PM on Thursday evening at St. Marys Church and one hour prior to the service also at the church.

Carol was born on September 9, 1948 in Little Falls to Lucille (Houle) and Leonard Rakow Sr. She was united in marriage to the late Dale Doucette on September 19, 1966. She attended Little Falls Community High School and later received her GED. Carol continued her education at Brainerd Community College where she received her Associate Arts Degree. Her Catholic Faith was very important to her. Carol worked at First United for several years as well as several other daycare facilities. She then became a transport specialist at the St. Cloud Hospital for over ten year before retiring. Following her retirement she worked part-time at St. Xavier School in Sartell, MN working with children after school. Carol enjoyed reading, completing crossword puzzles, making homemade doughnuts with her grandchildren, listening to music, watching movies, hockey especially the MN Wild, MN Viking football, attending grandchildrens sports activities, going to the casino, and volunteering. She collected dolls and John Wayne memorabilia. Carol was a very kind and friendly person. She loved to joke and tell many stories. Carol cherished the time she spent with her children grandchildren.

She is preceded in death by her parents; step-father, John Hlad; brother, Leonard Rakow Jr.; many aunts uncles; and nephew, Jordan Boone.

In lieu of flowers memorials preferred.

To order memorial trees or send flowers to the family in memory of Carol J. Rakow, please visit our flower store.