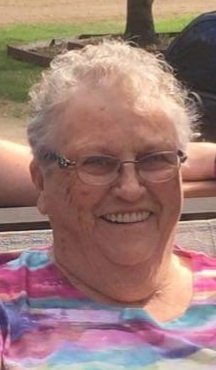 Carol (Jacobson) Werkman was born on October 4, 1936 in Madelia, Minnesota to the late Edward and Signa (Smesmo) Jacobson. She grew up in Madelia where she attended and graduated from Madelia High School. She was united in marriage to Herman Vogl for a short time and they later divorced. The family moved to Little Falls, Minnesota in 1959. She was united in marriage to Donald Werkman on May 19, 1978 in South Dakota. Carol worked the following jobs throughout her life: as a sales clerk for JC Penny, bartender for the Little Falls American Legion and VFW Posts, Smiths Laundry and Video Update. Carol enjoyed doing adult coloring books, search a word puzzles, watching Disney movies, crocheting, knitting, playing games on her iPad and keeping up with family and friends on Facebook. She traveled for several winters to Arizona with her husband, Donald in the motorhome and enjoyed a Gary Block Tour from time to time.

In lieu of flowers memorials are preferred to the Morrison County Humane Society in Little Falls.

The arrangements for Carol are with Emblom Brenny Funeral Service.

To order memorial trees or send flowers to the family in memory of Carol (Vogl) Werkman, please visit our flower store.