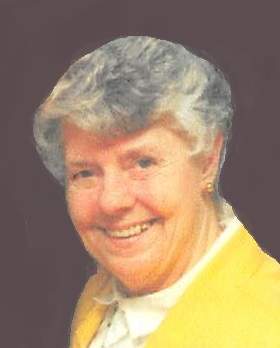 When not busy tending to her family, Katie enjoyed sewing. She had a vast collection of thimbles, but the thing she collected the most was memories and hugs with her grandkids. Grandma Katie loved every minute with her littles, she was a caring and giving person. She often joined other women from the church for various groups. She was active at Grace Baptist Church in Sartell, and also the First Baptist Church in Little Falls when she lived in Royalton. Katie managed the trailer park in Little Falls and Royalton, she also spent time as a kindergarten teacher at the Northstar Christian School and the Lindberg School as a cook.

When Gerald and Katie were married, Katie loved to spend time at the Golden Tree Farm taking in the sunshine and fresh country air. Katie lived the life of a person whom enjoyed life and Loved serving her Lord and Saviour.

She is preceded in death by her parents, husbands, Harold Carlson and Gerald Golden; 13 siblings, grandchild, Amy Carlson.

To order memorial trees or send flowers to the family in memory of Catherine "Katie" (Carlson) Golden, please visit our flower store.