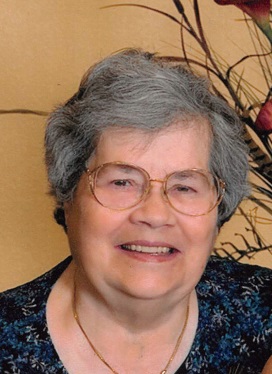 Cecilia O. Wilkes was born on December 2, 1931 in Morrison County, Minnesota to the late Gerhard and Elizabeth (Riedlechner) Wilkes. She went to school until the eighth grade at St. Josephs Catholic School in Pierz. Cecilia was united in marriage to Reinhart Przybilla on May 25, 1954 at St. Josephs Catholic Church in Pierz, MN. The couple made their home in Buckman Township, Morrison County where they raised their seven children. Cecilia worked as cook for the Buckman and Pierz Schools for 13 years. She also enjoyed cooking for weddings and anniversary of family and friends. Cecilia loved gardening, sewing, embroidering, quilting, cooking, word finds, bingo and playing cards. She was a member of St. Michaels Catholic Church, The Christian Mothers and St. Michaels Society.

The arrangements for Cecilia are with Emblom Brenny Funeral Service in Pierz.

To order memorial trees or send flowers to the family in memory of Cecilia Przybilla, please visit our flower store.