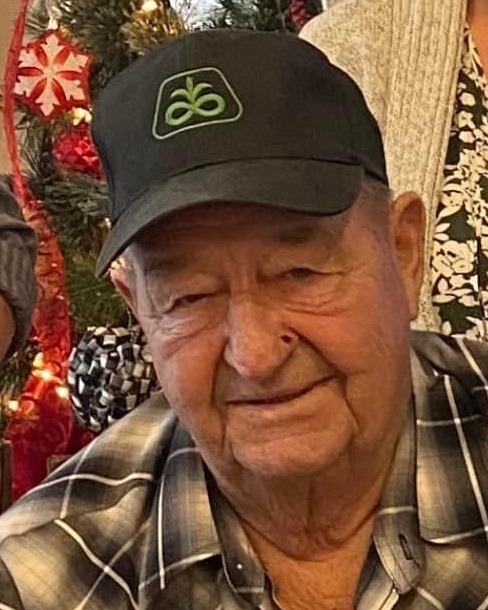 Celestine “Cel” Gall, 79-year-old resident of Royalton died as the result of an accident on the family farm.  A Mass of Christian Burial will be held on Friday, January 13 at 10:30 A.M. at St. Michael’s Catholic Church in Buckman with Father Kenneth Popp officiating.  A visitation will be held from 9:00 A.M. until the hour of the service on Friday at the church.  The burial will be held at the Minnesota State Veterans Cemetery at 2:00 P.M. on Friday, January 13. In lieu of flowers memorials are preferred to St. Michaels Catholic Church in Buckman or the St. Cloud VA Hospital.

Celestine Gall was born December 7, 1943 on the home farm in Buckman Township, Morrison County, Minnesota to the late Joseph and Agnes (Mischke) Gall.  He attended and graduated from Pierz High School with the class of 1961.  Cel proudly served his Country in the United States Army.  Celestine enlisted on January 29, 1964 and was honorably discharged on January 26, 1966.  After his discharge from the military Cel worked as a carpenter for Witcher Construction in the Twin Cities area.  He was united in marriage to Linda Nash on November 7, 1966 at St. John’s Nepomuk Catholic Church in Lastrup, Minnesota, the couple made their home in New Hope until 1974.  The couple moved to Buckman Township and owned and operated the Gall Family Farm.  Cel enjoyed farming, raising and hauling cattle until his retirement from cattle in 2012; even shipping to his friends in Arizona. He will be remembered as a jack of all trades.  Cel enjoyed playing cards, pool, jarts, driving around and looking at the crops and treasuring the outdoors.  Cel and Linda enjoyed traveling to Arizona for many winters.  He was a member of St. Michael’s Catholic Church, the Royalton American Legion and the Sauk Rapids VFW.

Emblom Brenny Funeral Service is Cherishing the Memory and Celebrating the Life of Cel. 320-632-4393.

To order memorial trees or send flowers to the family in memory of Celestine "Cel" Gall, please visit our flower store.