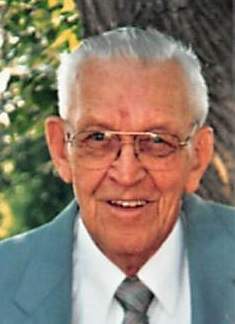 Charles Chuck Tabatt, 98 year old resident of the Pierz Villa, formerly of Little Falls passed away Sunday, October 9 at the Villa. A Mass of Christian Burial will be held at 10:30 a.m on Thursday, October 13 at Our Lady of Lourdes Catholic Church in Little Falls, MN with Father Joseph Herzing officiating. The burial will be in the parish cemetery. A visitation will be held from 4:00 to 7:00 p.m. on Wednesday at Emblom Brenny Funeral Service in Little Falls, MN.

Charles Chuck Tabatt was born on June 2, 1918 in Melrose, MN to the late Herbert and Helen (Reller) Tabatt. He grew up in Melrose and attended school through the seventh grade. After his schooling, he worked for the Works Progress Administration (WPA). He served his country in the National Guard from 1938 until 1940. He was united in marriage to Agnes Klosner on September 23, 1940 in St. Rosa, MN. The couple made their home in Duluth, MN, where Chuck worked in the ship yards. The couple moved to Little Falls in 1945 and Chuck began his career at Northern Pacific and Burlington Northern Railroads. He also worked for Earl LeMieur in Little Falls, Lovens Auto Station in Swanville and Litchfield Produce in Melrose. He retired in 1975 and continued living in Little Falls until moving to the Pierz Villa where he resided until his death. Charles enjoyed fishing, gardening and canning. He was a member of Our Lady of Lourdes Church, Knights of Columbus and the Brotherhood of Railroad Signalmen of America.

To order memorial trees or send flowers to the family in memory of Charles "Chuck" J. Tabatt, please visit our flower store.