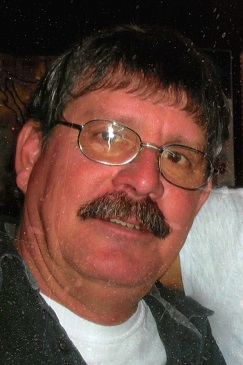 Charles Chuck Volbert was born August 28, 1953 in Little Falls to the late Urban and Louise (Neis) Volbert. Chuck was a Little Falls guy through and through. He attended school in Little Falls and graduated with the Flyer class of 1971. Chuck attended Brainerd Community College and received two Associate of Arts Degrees in Landscape/Technology. After completing his schooling, he worked for Davey Tree Company in the Twin Cities area for a few years. He returned to Little Falls where he worked for the city of Little Falls for 34 years as a supervisor in the parks, grounds and water distribution departments. Chuck was a member of the Sons of American Legion, Knights of Columbus and the former Moose Lodge in Little Falls. Chuck was united in marriage to the love of his life Jana Vogl on August 30, 1985 in Little Falls. The couple enjoyed spending time at the cabin in Tamarack and salmon fishing in Algoma, WI with their children, Bill and Amber. Chuck spent many hours in his gardens and in nature. He loved hunting, fishing and treasured his time spent with his grandchildren, Tucker and Lilly.

He was preceded in death by his parents, Urban and Louise and brothers, Richard and Michael Volbert.

To order memorial trees or send flowers to the family in memory of Charles "Chuck" Volbert, please visit our flower store.