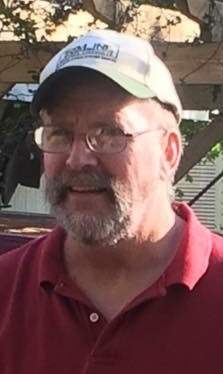 Charles Warnberg was born on October 2, 1959 in Fort Benning, GA to Harry and Emily (Johnston) Warnberg. As a child, Charles lived in various places. He attended school in Germany, Georgia, North Carolina, Kansas, Maryland, Virginia, Panama and Minnesota. He graduated high school from Richfield High School in 1977. After high school, he worked construction in the Minneapolis area for a few years. Charles relocated to the ancestral home in Little Falls. He married the girl next door, Michelle Waytashek in 1985. The couple worked together on her parents dairy farm. After ten years on the dairy farm, the couple sold the herd and pursued another career. He started working for his uncle sanding and refinishing wood floors. When his uncle retired, Charles bought the business and expanded into using different species of woodto create decorative borders and inlaid medallions. Among his better known patrons was baseball player, Joe Mauer. Charles enjoyed fixing and restoring anything with a motor. He restored a model 756 International tractor. He was able to find and secure a 1967 GTO that he once owned. He restored the car to its former beauty. Charles enjoyed the arts. He preformed in the rock opera , Jesus Christ Super Star, in which he played Jesus. He was an active member of the Hole in the Day Players. Charles loved singing and playing his guitar and was featured at Maple Island Park in Little Falls during the Sunday Music in the Park series.

He was preceded in death by his sister, Margaret and father-in-law, Vince Waytashek.

The family of Charles would like to thank CHI Hospice for the wonderful care during this difficult time. Memorials are preferred to CHI Hospice in Little Falls, MN.

To order memorial trees or send flowers to the family in memory of Charles Warnberg, please visit our flower store.