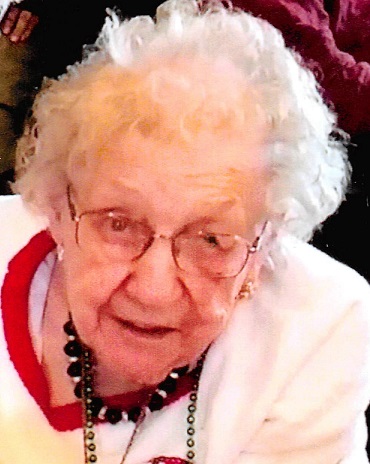 Clara Irene Maciej was born May 28, 1920 in Swanville to the late Simon and Sophie (Cichon) Maciej. She attended country school until 8th grade. She was united in marriage to Raymond Cichon on May 15, 1956 in Silver Bay, Minnesota. The couple moved to Little Falls, where they made their home for several years. Clara was a homemaker and helped with the grandchildren. She also worked as a waitress at the Royal Caf and the Pine Edge Inn. Clara enjoyed gardening, flowers, baking, cooking, bingo, casino trips, playing cards and listening to Sue Kliber. She was a member of Our Lady of Lourdes Catholic Church and helped with funeral lunch committee.

Left to cherish her memory are her son, Jim Cichon (Beverly Volk); siblings, Sylvester Maciej, Florence Pietrowski and Caroline Krystosek; three grandchildren and five great-grandchildren and many friends and relatives.

She was preceded in death by her parents; husband, Raymond; daughter Marjorie Cichon.

To order memorial trees or send flowers to the family in memory of Clara Irene Cichon, please visit our flower store.