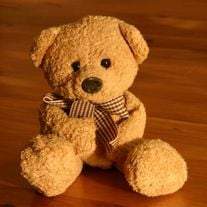 Clarence Decker 92 year old resident of Little Falls formerly of Swanville died Tuesday, November 21 at St.Ottos Care Center in Little Falls. A funeral service will be held on Sunday, November 26 at 2:00 P.M. St. Johns Lutheran Church in Grey Eagle. Friends may gather from 1:30 P.M. until the hour of the service on Sunday at the church.

Clarence Decker was born March 29, 1925 in Swanville to the late Anton and Olga (Koenig) Decker. He attended school in Swanville. He was united in marriage to June Zellman on December 1, 1951. The couple made their home in Fridley, MN. Clarence worked for the Rail Road for many years. After retiring the couple sold their home and traveled the United States in their camper. They enjoyed visiting many states and taking in the sites. June died in 1996 and Clarence continued living in the Swanville/Grey Eagle area. Clarence enjoyed traveling, rail road whistles and was very mechanical and could fix many things.

Clarence is survived by his daughter, Sharon Decker; sisters-in-law, Marlene Zellman-Birkholz and Dorothy Decker and many nieces and nephews.

He was preceded in death by his parents; wife and a brother, Edward Decker.

To order memorial trees or send flowers to the family in memory of Clarence Decker, please visit our flower store.