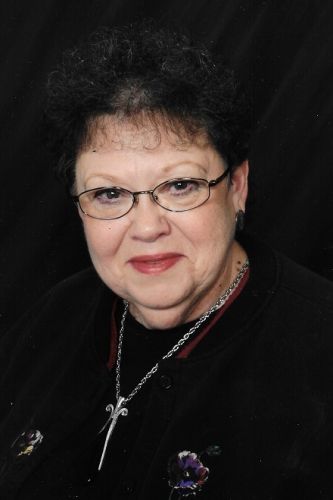 Colleen Lokken, 86 year old resident of Albany formerly of Upsala, MN passed away at Mother of Mercy Nursing Home in Albany after battling for many years with cancer through faith and perseverance. A private family service for Colleen will be held on Saturday, June 6 at Word of Life Church in Upsala, MN. Burial will be in Gethsemane Lutheran Church Cemetery in Upsala, MN. A public Memorial Service will be held at a later date and time.

Colleen Yvonne Cruzen was born on February 17, 1934 in Albert Lea, MN to the late Clark and Ruth (Deeds) Cruzen. She was baptized and confirmed at First Methodist Church in Albert Lea. She attended and graduated from Albert Lea High School in 1952. Colleen was united in marriage to Alton Russell Lokken on January 29, 1955 at First Methodist Church in Albert Lea. The family farmed near Emmons, MN. They attended Silver Lake Lutheran Church in Northwood, IA. They moved to the Upsala area in 1964 where they farmed until moving to Upsala in October 1987. Colleen continued living in Upsala working as a Secretary at Upsala Area schools for 29 years. She was an active member of American Legion Auxiliary since 1965, serving as President, Secretary, Treasurer and Girls State Coordinator. She was an active community member serving as President of the PTA for the Upsala Area Schools, was a local 4-H leader and Secretary for the Upsala Community Center. Colleen had a strong faith and was an active member of Word of Life Church in Upsala. She taught bible school, release time, Sunday school and was President of Lutheran Christian Women for Gethsemane Lutheran Church for many years. Colleen enjoyed knitting, crocheting, reading, hiking, camping, baking bread and spending time with her family and friends. She moved into Grace Court in Albany in 2019.

The arrangements for Colleen are with Emblom Brenny Funeral Service in Little Falls, MN. 320-632-4393.

To order memorial trees or send flowers to the family in memory of Colleen Yvonne Lokken, please visit our flower store.