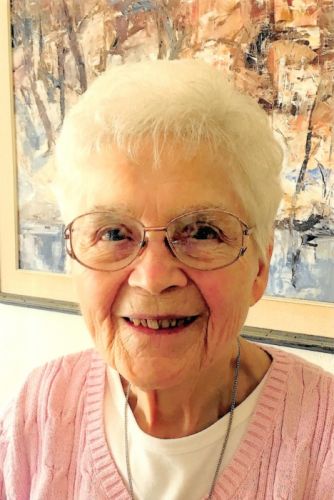 Cordelia Mary Kroll was born March 1, 1927 in Royalton to the late Frank and Margaret (Cekalla) Kroll. She devoted her earlier years teaching in schools and religion in various parishes as well as caring for the sick and aging. She was known at the Soup Lady to many. She expressed her gratitude to God through her overflow of goodness and involvement in her ways of life. She was united in marriage to Robert Fiero on August 25, 1973 and they made their home in Assonet, MA and began an antique business. In 1990 Cordelia and her husband moved back to Royalton. There they continued in their antique business until Robert passed away in 1998. She moved to Sartell in 2016. She was a member of Holy Trinity Catholic Church and a member of the Holy Trinity Christian Mothers.

She was preceded in death by her husband, Robert; parents; siblings, Pauline Kluetsch, Stephen Kroll, Mary Kroll and a sister-in-law, Alice Kroll.

The family would like to make a heartfelt thank you to the caring staff atCountry Manor and St. Croix Hospice for their kind and compassionate care and to Fr. Leroy Maus, Chaplain Adam Sohre, Chaplain Steve Yanish and the many friends for their visits and prayers.

The arrangements for Cordelia are with Emblom Brenny Funeral Service in Royalton.

To order memorial trees or send flowers to the family in memory of Cordelia Mary Fiero, please visit our flower store.