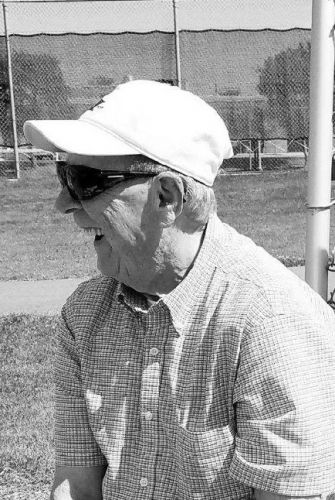 Darwin Gustafson age 74 of Little Falls, Minnesota, passed away on June 17at the St. Cloud Hospital after a brief illness. Visitation will be Friday, June 19 from 4:00 - 8:00 P.M. at the Emblom Brenny Funeral Service in Little Falls. Visitation will continue Saturday, June 20 from 10:00 - 11:00 A.M. followed by a Funeral Service at 11:00 all at the Funeral Home. Military Honors will be conducted by the Little Falls American Legion Post #46. Burial will be Monday, June 22 at 12:00 P.M at the Minnesota State Veterans Cemetery north of Little Falls. Please practice social distancing when attending the visitation or funeral service.

Darwin was born on August 24, 1945 in St. Cloud, MN to the late Rudy Gustafson and Alice (Palish) Gustafson. His father died when he was a young boy. Darwins mother then married Raymond Kahl who became a second father to Darwin. He graduated from St. Cloud Tech in 1964. He was a member of the Navy Reserve from 1962-1964 during his high school years. Darwin had a 32-year Military Career in the Navy Reserve and the Army National Guard. On Oct 1, 1966 he married Rita Gordon at the Redeemer Lutheran Church in St. Cloud. After his retirement from the military he drove for Palmer Bus in Little Falls for 17 years taking kids to and from school and to sporting events and other adventures. Darwin was a member of the Little Falls American Legion Post #46. He was a great husband, father and grandfather. He enjoyed attending his sons and grandsons hockey and baseball sporting events and playing catch with them often. Darwin also enjoyed playing cribbage, bowling, tending to his lawn, listening to Polka music and spending time with family. He liked to make Casino runs with Rita and going for drives with Brian and Rita, especially around the area lakes.

He was preceded in death by his parents, Rudy and Alice; stepfather, Raymond; sister, Joan Oltz, step-sister, Lois Parker.

To order memorial trees or send flowers to the family in memory of Darwin Gustafson, please visit our flower store.