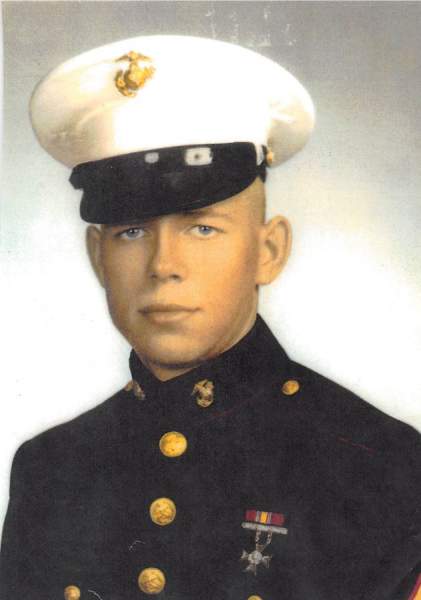 David Kliber, 71-year-old resident of Little Falls passed away on Tuesday, December 28, 2021 at St. Gabriel's Hospital. A time for visitation will take place from 10:00 AM - 1:30 PM on Friday, January 14, 2022 at Our Lady of Lourdes Catholic Church. Mass of Christian Burial will begin at 1:30 PM with Father Joe Herzing officiating. Interment will take place at 3:00 PM at the Minnesota State Veteran's Cemetery. Military Honors will be conducted by the Little Falls VFW Post #1112 and the Patriot Guard.

David Kliber's arrival on May 2nd 1950 in Little Falls, MN to Florian and Muriel Kliber was one brought home on a surprisingly snowy day. After high school David enlisted in the United States Marine Corps. His return home from Vietnam came on Christmas Eve in 1969 with a Purple Heart. Returning with National Defense Service Medal, Vietnamese Cross of Gallantry w/Palm, Vietnam Service Medal, Vietnam Campaign Medal, Combat Action Ribbon and a Rifle Marksman Badge. When that injury was healed he locked eyes on Susy Ginter, a singer and guitar player at the Falls Ballroom. They had an extra-long 1st of many polkas together and a lifelong love for music and dance with Dave's occasional washboard. Engaged 18 days later and married for 50 years they had 4 children and 7 grandchildren. Their son Jason, daughter Jacqueline (Andrew) Frauenholtz with two children, Austin and Ayden, their son Jesse (Holly) Kliber with 5 children, Cora, Audrey, Josephine, Simon and Ivan and son Joshua. David was able to live a life doing what he loved in agriculture and farming with what his father Florian had started. He continued that love and passion on his own with his family. Re-opening and recently adding an additional barn on land that he continued to develop for generations to come. David had a vigorous drive in life and enjoyed time with his family and friends riding on trails in his side-by-side and tubing on his very own creek with a beach on the property he spent his days working for. The thousands and thousands of trees he planted with his family far exceeds what generations will ever need and will get to watch develop. David was a lifelong avid hunter that came with much appreciation, excitement and joy to be with his hunting party. What his talents have accomplished with agriculture and horticulture will be passed on for generations. He frequently stopped to pick bouquets and tend to his many flower beds. David was always lending a hand volunteering to multiple needs throughout his life from firefighting to the food shelf. He also held multiple board positions in organizations like the MDHA and the Pierz Co-Op from treasurer to president. David was a proud member of the VFW Color Guard. Enjoying life with the company of his wife Susy, children, grandchildren and visiting with dear friends was very special to him. David and Susy accomplished their bucket list with family and many friends to travel to all 50 states and multiple countries. He was the first to physically be called home to join his parents and other family on December 28th on a snowy day with his loved ones at his side. The gifts and memories that he leaves us with will be treasured as he Rests in Peace.

Emblom Brenny Funeral Service of Little Falls is Celebrating the Life and Cherishing the Memory of Dave. 320-632-4393

To order memorial trees or send flowers to the family in memory of David Kliber, please visit our flower store.