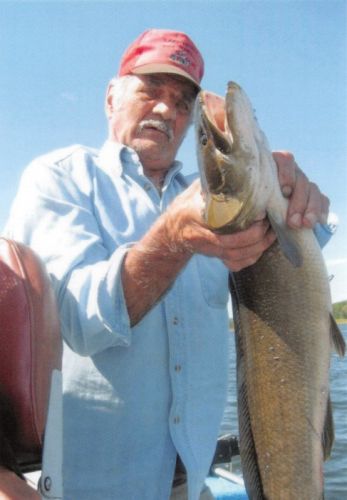 Delford Del Vernier, 79 year old resident of Freedhem died Friday, February 23 at his home after an extended illness. A funeral service for Del will be held on Thursday, March 1 at 11:00 A.M. at Emblom Brenny Funeral Service in Little Falls with Father Joseph Herzing officiating. A visitation will be held from 4:00-7:00 P.M. on Wednesday, February 28 and from 10:00 A.M. until the hour of the service on Thursday at the funeral home. The visitation times will all be held at Emblom Brenny Funeral Service in Little Falls.

Delford Delroy Vernier was born on March 26, 1938 in Saint Cloud to the late Sanford and Rose (Burkhardt) Vernier. He attended school until the eighth grade. He worked for Lyon Food Products in Golden Valley for over thirty years as a foreman. Del also had his own retaining wall business for many years. He was united in marriage to Lois Novotny on February 14, 2008 in Las Vegas, NV at the Little White Chapel The couple made their home in Freedhem, MN. He enjoyed hunting, fishing, and camping, 4-wheeling, spending time with his family, playing cards, working outside, wood working, building and restoring old furniture.

To order memorial trees or send flowers to the family in memory of Delford Delroy Vernier, please visit our flower store.