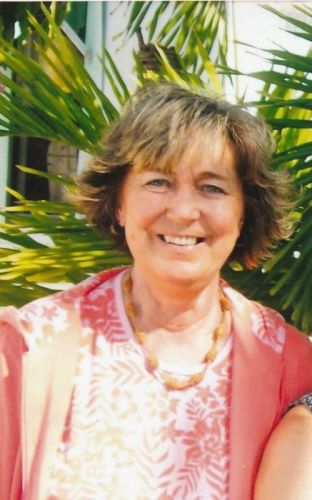 Delphine Ann Psick was born November 29, 1948 in Little Falls, Minnesota to the late Benedict and Helen (Waltman) Psick. Delphine grew up in Little Falls, MN where she attended Our Lady of Lourdes School and graduated from Little Falls Community High School on June 2, 1966. She was united in marriage to Raymond John VanHercke Jr. on April 23, 1966. The couple made their home in Little Falls, MN. To their marriage union, they were blessed with two children. In 1967, Ray and Delphine started a business in the collision industry, Rays Body Shop, Inc. In August of 1982, the pair opened the Cheapskate Roller Rink in Little Falls. The couple later divorced. Delphine eventually moved to Glenwood, MN where she purchased DG Sports and Bait in March 1990. She later sold the bait shop in 1993 and moved to Corpus Christi, TX where she had a commercial charter fishing service that supplied local restaurants with the days catch. In 1991, Delphine became certified in scuba diving. In 1995, Delphine relocated to Little Torch Key, Florida and purchased her paradise home on the shore of The Gulf of Mexico, where she resided until her death. While in Florida, Delphine worked at Key West Convalescent Center as a certified nursing assistant, Winn Dixie grocery store, K-Mart, Paradise Bar and Grill and the Salvation Army Family Store. She also enjoyed volunteering for the American Red Cross Disaster Services and her church. She survived several hurricanes including George and Wilma while a Florida resident. Delphine enjoyed snorkeling, scuba diving, water skiing, fishing, swimming, camping, volleyball, softball, bowling, crafts, ceramics, antiques, motorcycling and snowmobiling, roller-skating and spending time with family and friends.

Delphine was preceded in death by her parents Benedict and Helen Psick.

To order memorial trees or send flowers to the family in memory of Delphine Psick, please visit our flower store.