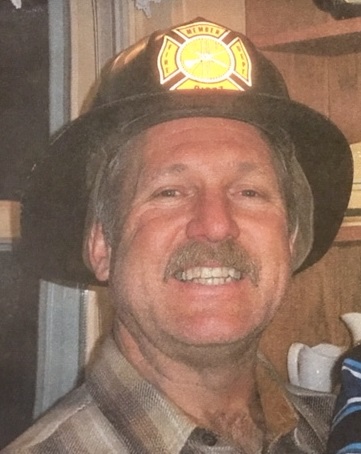 Dennis Kahlhamer was born March 8, 1957 in Little Falls to Roman and Alice (Girtz) Kahlhamer. Dennis grew up and attended school in Pierz graduating from Pierz Healy High with the class of 1975. He received a Bachelor of Science in Industrial Education from the University of Wisconsin Stout in 1981. While attending college he met his future wife, Kathy Rosio and the couple was married on August 7, 1982 in Antigo, WI. The couple made their home in Pierz for several years. Dennis worked for Eagle Construction, Widseth Smith Nolting and most recently with the city of Little Falls. The couple owned and operated the Super Stop in Pierz for 17 years. He was a volunteer fire fighter with the Pierz Fire Department for 25 years. He was an avid motorcyclist and even taught motorcycle safety for many years. Dennis had a passion for flying his Bellanca Super Viking. He enjoyed spending time at the Lucky Leven Hanger and taking trips by air and land with his wife and son. He had a treasured passport stamped from all the different Minnesota airports he had landed in. Dennis invested in his family no matter if it was the Girtz family fishing trip, Winstock music festival or the Girtz family reunion. Dennis was very proud of his 25 years of sobriety through AA. His three grandchildren, Henry, Liesel and Greta could always make grandpa smile.

He was preceded in death by his father, Roman Kahlhamer and sister-in-law, Cheryl Parton.

In lieu of flowers memorials are preferred to the Coborns Cancer Center in St. Cloud or the Pierz Fire Department.

To order memorial trees or send flowers to the family in memory of Dennis Kahlhamer, please visit our flower store.