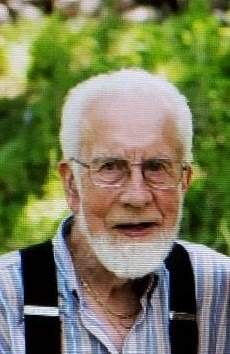 Donald Ernest Brastad was born on July 5, 1932 in Minneapolis to the late Carl and Mabel (Mattson) Brastad. He was united in marriage to Florence E. Uhde on August 2, 1952 at the First English Church in Little Falls. The couple lived in Minneapolis for a few years and returned to Little Falls. Donald drove truck for Crestliner Boats delivering boats all over the lower 48 and he also drove for Alexander Construction Company in the Twin Cities. The couple later moved to Rock Lake, near Pillager, where they lived for 11 years. They moved back to Little Falls for their retirement years. Donald enjoyed hunting, traveling, especially to Alaska and Arizona, wood working and gardening. He collected over twenty vintage cars ranging from a 1929 Model A to a 1979 Lincoln Town Car.

He was preceded in death by his parents, Carl and Mable Brastad; wife, Florence E. Brastad; son, Kevin Brastad; siblings, Robert Brastad and Kenneth Brastad and a sister, Viola Kick.

Emblom Brenny Funeral Service is Cherishing the Memory and Celebrating the Life of Donald. 320-632-4393

To order memorial trees or send flowers to the family in memory of Donald Ernest Brastad, please visit our flower store.