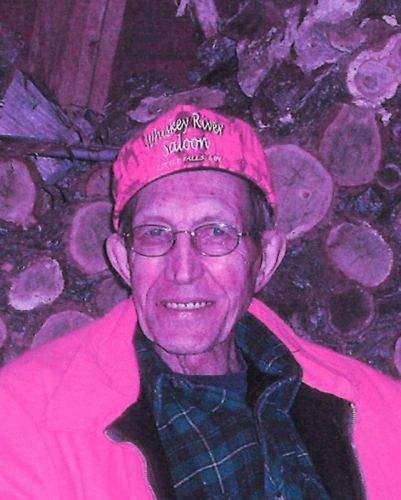 Memorial Mass of Christian Burial will be at 11 AM on Thursday, June 2, 2016 at St. Marys Catholic Church in Little Falls, with Fr. Joseph Herzing officiating. A visitation will be held on Wednesday, June 1, 2016 from 5-7 PM at the Emblom Brenny Funeral Service in Little Falls and will continue one hour prior to the service at the church. Burial will be at the Minnesota State Veterans Cemetery with military honor provided by the Little Falls American Legion Post #46.

Donald George Adams was born on October 19, 1930 in Culdrum Township, Morrison County to George and Cecilia (Saulter) Adams. He attended school in Little Falls through the 5th grade when his family moved to Bemerton, WA. He attended school there through the 9th grade when his family then moved backed to Little Falls. He graduated from Little Falls High School with the class of 1949. Donald worked in Alaska for one year, north of Fairbanks, in the gold mines. In January of 1951, he entered the United States Navy and served on the USS Beale Destroyer in Europe. He was honorability discharge in December of 1954, and moved back to Little Falls. Donald was united in marriage to LaVonne Werkman on September 7, 1985 in Little Falls. He worked at Crestliner Boats for 6 years, St. Marys School for 6 years, and Hennepin Paper Company for 1 year. He also worked for the United States Postal Service until his retirement in December of 1990. Donald was a member of St. Marys Catholic Church,Little Falls American Legion Post #46 and the Little Falls DAV.

He was preceded in death by his parents; daughter-in-law, Marilyn Adams; and one sister.

To order memorial trees or send flowers to the family in memory of Donald G. Adams, please visit our flower store.