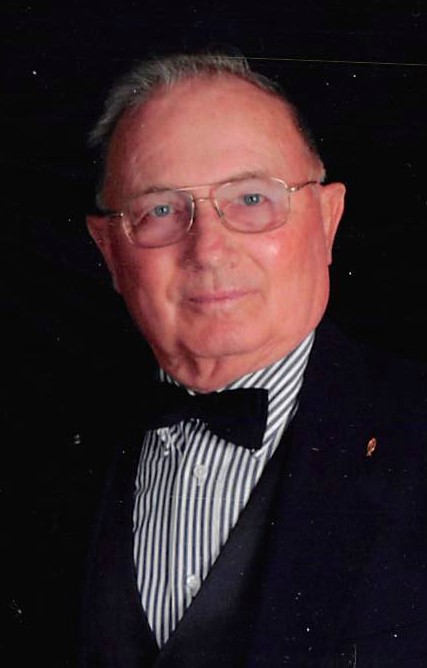 A Mass of Christian Burial will be held on Thursday, August 5 at 11:00 A.M. at Holy Trinity Catholic Church in Royalton. A visitation will be held from 4:00-8:00 P.M. on Wednesday evening and from 10:00 A.M. until the hour of the service on Thursday at the church in Royalton. A Knights of Columbus Rosary will be said at 6:00 P.M. followed by Parish Prayer at 7:00 P.M. on Wednesday evening. The burial will be held in the parish cemetery.

Donald Gerald Popp was born on June 27, 1936 in Little Falls to the late Julius and Gertrude (Wollak) Popp. The family made their home in the Little Rock area. Don attended rural country school near Little Rock until the eighth grade. He graduated from Sauk Rapids High School with the class of 1955. He proudly served his country in the United States Army for five and half years. Donald met the love of his life, Dorothy Kremer and they were united in marriage on June 27, 1959 at St. Paul's Church in St. Cloud. They recently celebrated their 62nd Anniversary. The couple made their home in Bloomington, MN for 16 years, until Don purchased his uncles farm in Royalton, MN in 1974. They farmed for several years, even continuing after he formally retired in 1986 from the Ford Motor Co. in St. Paul, MN after 32 years. Don enjoyed farming, feeding the birds, gardening, flower beds (Chicks and Hens). He did not enjoy when the squirrels would get into the bird feeder! He was active with the St. Cloud Pantowners Car Club for many years. In later years he was an active participant in the Morrison County Fair. Don and Dorothy enjoyed spending winters in Arizona and Florida for fifteen years. They also enjoyed traveling, especially the trips to Germany, Rome and Hawaii. Don will be remembered for his generous heart and willingness to help others whenever he could!

He was preceded in death by his parents, Julius and Gertrude Popp.

Emblom Brenny Funeral Service is Cherishing the Memory and Celebrating the Life of Donald. 320-632-4393

The funeral service will be lived streamed pleas use the code below to view.

To order memorial trees or send flowers to the family in memory of Donald Gerald Popp, please visit our flower store.