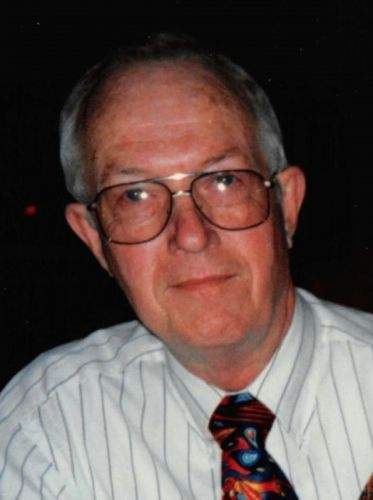 Douglas John Bailey, 86 year old resident of Royalton died Sunday, October 28 at the St. Cloud Hospital. Mass of Christian Burial will be 11:00 AM Friday, November 2, 2018 at Holy Trinity Church in Royalton. Father Roger Klassen will officiate and burial will be in the parish cemetery. Visitation will be 4:00 7:00 PM Thursday, November 1st, 2018 at Emblom Brenny Funeral Service in Little Falls and one hour prior to services on church on Friday.

Douglas was born May 6, 1932 to John and Mary (Rowan) Bailey in Sparta, WI. After graduating high school, Douglas joined the United States Air Force and served in Korea. After being honorably discharged from the Air Force, Douglas pursued his Masters of Social Work degree. He married the Beatrice Seitz on November 28, 1959 at St. Anthonys Church in Fargo, N.D. Douglas worked for the Institute for Juvenile Research in Carbondale, IL for a few years following his completionof his Masters Degree program. He later worked at the Veterans Administration Hospital in St. Cloud and in Tomah, WI as well as in the Community Mental Health Center in Marshall, MN. Douglas worked the last 32 years at the Fargo Veterans Administration Hospital before his retirement. Douglas was a member of St. Josephs Church in Moorhead where he was a lector and song leader. He was also a lifelong member of Disabled American Veterans. He enjoyed his summers gardening, listening to 1930s- 1950s pop music and golfing. Douglas cherished time spent watching his kids and grandkids play sports and enjoyed watching the Packers and Vikings football games.

He was preceded in death by parents; son, John in 2008; and sisters, Margaret Bailey and Mary Bailey.

To order memorial trees or send flowers to the family in memory of Douglas John Bailey, please visit our flower store.