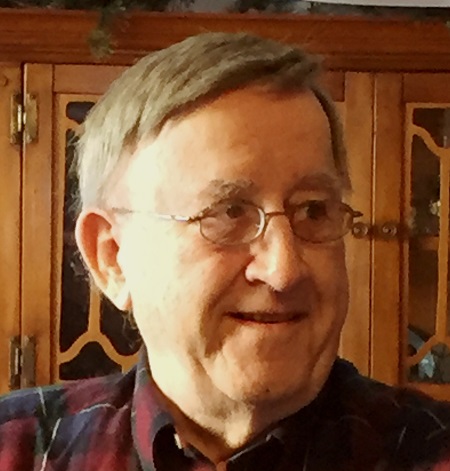 Dr. Raymond Philip Bayer, 85 year old resident of Fort Ripley died October 17 at his home. A Mass of Christian Burial will be held on Monday, October 22 at 11:00 A.M. at St. Josephs Catholic Church in Pierz with Father Kenneth Popp officiating. A visitation will be held on Sunday, October 21 from 4:00 to 6:00 P.M. and from 9:30-10:30 A.M. on Monday all visitation times will be held at Emblom Brenny Funeral Service in Pierz.

Raymond P. Bayer was born January 1, 1933 in Pierz to the late Stephen Benedict and Mary Elizabeth (Kleinschmidt) Bayer. He attended St. Josephs elementary in Pierz and the Little Falls Public High School. Ray received his Bachelor of Science Degree from the University of Minnesota Duluth, A masters degree from the University of Washington, his PHD in Chemistry from Georgia Tech and his DDS from the University of Nebraska. Ray was a professor of chemistry at Chardon University in Nebraska. where he met the love of his lifeLinda Zemotel while he was a professor. Ray was united in marriage to Linda on July 25, 2003 at St. Josephs Catholic Church in Pierz. The couple made their home in Fort Ripley, Ripley Township Morrison County. He owned and practiced dentistry at Pierz Northtown Dental from 1974 until retiring in 2005. Raymond enjoyed things of nature from, growing shiitake mushrooms, hobby farming, welding, wood working andsolar powered kilns. Ray was a member of the Wood Lot Association and St. Josephs Catholic Church in Pierz.

Ray is survived by his brother, Thomas Bayer, sister, Colette Briggs and nieces and nephews.

In lieu of flowers memorials are preferred to the Robert Bayer Memorial Scholarship Swenson College of Science and Engineering at the University of Minnesota Duluth (Raymonds twin brother) or to the Great River Regional Library 117 Main Street S. Pierz, MN 56364

To order memorial trees or send flowers to the family in memory of Dr. Raymond Ray Bayer, please visit our flower store.