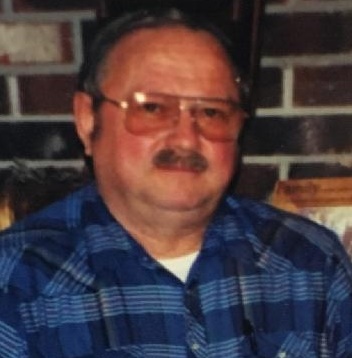 Earl Nieman, 81-year-old resident of Little Falls passed away peacefully at home on July 22, 2020. Memorial Service and burial will be held at the Minnesota State Veterans Cemetery north of Little Falls on Monday, August 3 at 3 PM. The Military Honors will be conducted by the Little Falls American Legion Post #46.

Earl was born on May 10, 1939 to the late Paul Sr. and Ruth (Carlson) Nieman. He attended school in Little Falls graduating in 1957. He served his country during the Vietnam War in the US Air Force from Oct 1960 Aug 1963. After his honorable discharge, Earl worked at Minnesota Power, Farmers Insurance and 122 Motors where his love for cars grew. He then attended college while living in Ortonville, studying to be a Science Teacher. Earl had a great love for animals and science. He taught in the Little Falls Community School system until his retirement in 1992. After his retirement Earl enjoyed finding a good deal at garage sales or using a coupon. His famous saying when he found a deal was, I came out smelling like a fat rat! He was a member of the Little Falls American Legion #46, Little Falls VFW #1112 and the Lone Eagle Auto Club. Earl enjoyed spending time with his son-like nephew Joe, bringing him lunch and supplying him with gas coupons. He also enjoyed Happy Hour visits, playing pull tabs, playing the Minnesota Lottery and scratch offs. In the last year, Earls favorite pastime was spending time with his great-nephews, giving them Cracker Jacks, magazines to read and sharing stories of long ago. Making sure to teach them something new each time.

Earl is survived by his sister, June (Pete) Brutscher; special son-like nephew, Joe Nieman and many other nieces and nephews.

He was preceded in death by his parents; brother, Paul Sonny (Celia) Nieman and sister, Carol (Renold) Theno.

The arrangements for Earl are with Emblom Brenny Funeral Service in Little Falls, MN.

To order memorial trees or send flowers to the family in memory of Earl Leroy Nieman, please visit our flower store.