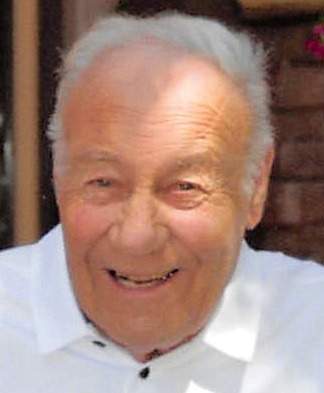 Edward James Gottwalt was born October 20, 1939, in Little Falls, Minnesota to the late Louis and Marie (Eisenschenk) Gottwalt. He attended school in Pierz, MN. After his formal schooling Ed served his country in the United States Army. After his honorable discharge from the military, Ed returned to Minnesota. He grew up working for his father, Louis T. Gottwalt at Gottwalt Lumber. Working with his father doing many construction trades he went on to join the Minnesota Brick Layers Union, after working in the union for many years he ventured on his own doing many block, brick, stone and hundreds of custom fireplaces in Central MN. He was a true stone and brick artist. He was united in marriage to the love of his life, Teresa "Terry" Gottwalt. They were married at St. Joseph's Catholic Church in Pierz and remained members until moving to Little Falls in the Mid 2000's. They began their life together on a small farm eventually growing it to a 200-hundred-acre farm. Raising crops, beef, pigs and poultry for several years. In 1986 Ed begin a lifelong career of building custom homes, he took immense pride in his work. He built over two hundred homes in central Minnesota. Ed enjoyed fishing and hunting in his younger days. Ed and Terry enjoyed shooting competitive trap, and even held the competitions in their back yard, Terry was the better shot!! He loved feeding and watching the birds and raising gardens over the years. And enjoyed countless games of cribbage, whist and numerous other card games. Ed was a member of the Central Minnesota Builders Association, the Brick Layers Union, St. Mary's Catholic Church, and the Knights of Columbus.

Emblom Brenny Funeral Service is Cherishing the Memory and Celebrating the Life of Edward. 320-632-4393.

To order memorial trees or send flowers to the family in memory of Edward Gottwalt, please visit our flower store.