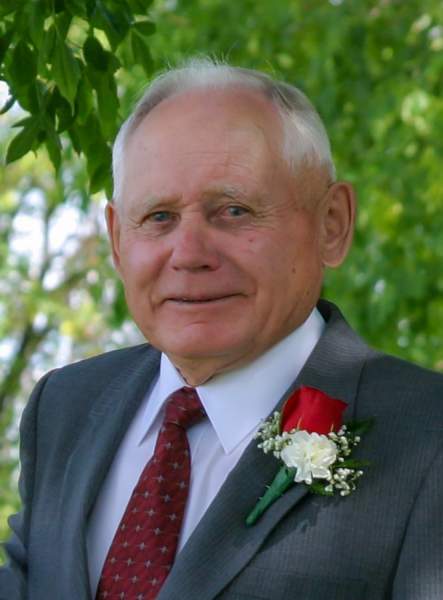 Edward Kroll, 94 year old resident of Pierz, passed away Tuesday, December 21 2021, at the Pierz Villa in Pierz. A Mass of Christian Burial will be held Tuesday, December 28, at 11:00 A.M. at St. Joseph's Catholic Church in Pierz, with Father Kenneth Popp officiating. Interment will be in the parish cemetery. A visitation will be held from 4:00-7:00 P.M. on Monday, December 27 at Emblom Brenny Funeral Service in Pierz and from 10:00 A.M. until the hour of the service at the church in Pierz. In lieu of flowers memorials are preferred to Holy Trinity Catholic School in Pierz: Memorials can be sent to 80 Edward Street S. Pierz, MN 56364.

Edward Hubert was born on September 14, 1927 in Royalton, MN to the late Paul and Mary (Czech) Kroll the eighth of fifteen children. He attended rural country school near Royalton. Edward served his country in the United States Army from 1950 until his honorable discharge in 1952. He was united in marriage to Amelia "Milly" Schroden on Aug. 27, 1956 at St. Peter's Catholic Church in St. Cloud. The couple made their first home on Ed's family farm near Royalton. In 1960, the couple purchased Cottonwood Beach Resort on Briggs Lake which they owned and operated for three years and then sold. The couple then purchased a farm in Buh Township near Pierz where they raised their eight children and farmed until their retirement. Ed enjoyed fishing, deer hunting, playing cards especially smear with the neighbors, time spent with his grandchildren was always a special time for Ed and playing the concertina. He was a member of St. Josephs Catholic Church in Pierz.


Emblom Brenny Funeral Service is Cherishing the Memory and Celebrating the Life of Edward. 320-632-4393.

To order memorial trees or send flowers to the family in memory of Edward Hubert Kroll, please visit our flower store.